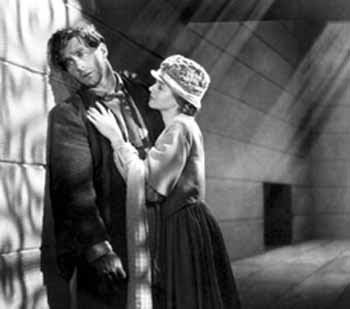 If you don't know by now, I'm a huge movie buff. I like old ones, new ones, silent movies, foreign films, blockbusters, independent movies, westerns, serials, documentary's, musicals, cartoons, you name it,as long as they are good.

One trend that I haven't embraced is the habit of seeing deliberately bad movies, such as the films of Ed Wood. I don't seek out stuff that is supposed to be bad, as I figure that in my efforts to see good stuff, I see plenty of bad stuff by accident.

So, I have been seeking out movies that are particularly noteworthy. I have a book called "1001 Movies That You Must See Before You Die", and I have been reading it with interest. A smaller list is contained on the Internet Movie Database. It's the list of the Top 250 films as voted on by the readers of that site.

I made a list of films from that list that I have not yet seen. I've been checking out these films from the library, or seeing them on Comcast on Demand.

Since I started the list, I have seen the following movies.

So, 2 that I liked a lot, and 2 that I loved. Not bad at all. Some people like to ignore critics, and lists like these, but life is short, and I want to see as many masterpieces as possible. I can't die before seeing all the great movies that I must see before I die, can I?

From the list, here are the remaining films that I have yet to see.

Tell Me now, What is YOUR favorite film?
Tell me why it moves you.
Posted by Lee Hester at 9:56 PM 2 comments:

I was reading today's San Francisco Chronicle and came upon this item in Leah Garchick's column.

Keeping in mind the name of the Republican vice presidential nominee, Larry Gonick looked up the derivation of the word palindrome and discovered that the Greek root "palin" means going backward.

After much pondering, Gonick, who's obviously got a knack for putting his writing brain in reverse gear, came up with "Wasilla's all I saw," which not only works alphabetically but is actually relevant to Sarah Palin.

What Leah does not mention in the column is that Larry Gonick is the brilliant creator of all those wonderful Cartoon History books. 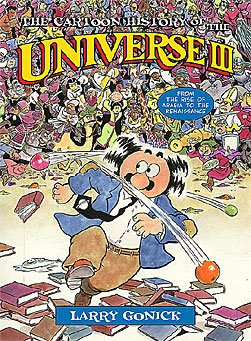 Posted by Lee Hester at 9:26 PM No comments: