The 24th Anniversary sale on Saturday July 8th was a real blast.

In Mountain View I decided to do an outdoor set up of the 24-cent comics, the Graphic Novel Bargains, and the comic bag deals.

We worked hard to get set up in time. It was like setting up at a convention, but you only had an hour instead of a full day, like at most conventions.

Somehow we got set up in time, and we were immediately slammed by eager shoppers! People were lined up to get their 100 free bags, and we sold tons more for the bargain price of $2 a 100. The 24-cent books were being bought up at an amazing pace. The hot sun was blazing down on Mark Arnold and me. Inside, Rich and Tiao were ringing up customers in air-conditioned comfort.

After a few hours the sun shifted and the crowds thinned a bit. Mark and me were able to relax a bit. We made the displays outside even better, and had time to schmooze with the shoppers. I worked from 7:30 am to 9:30 pm that day. It was fun, and exhausting, a good training run for the San Diego Comic Con coming up next week. 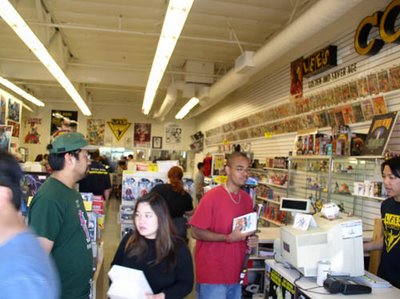 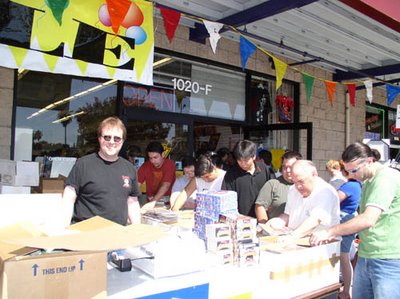 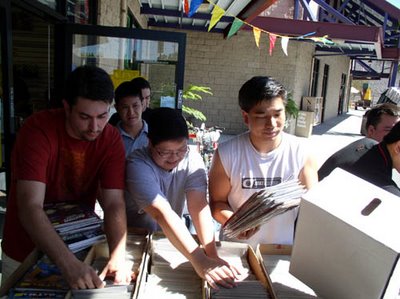 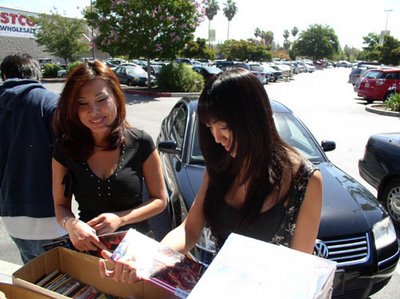